About our Youth Pastor 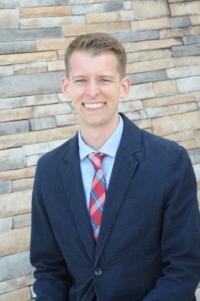 Pastor Matt Utley was born in Indiana and lived there through the 11th-grade. He had the privilege of being saved at a young age and growing up with many godly influences. Before Matt’s senior year began, he moved to Arizona where he would attend Tri-City Christian Academy and Tri-City Baptist Church. After graduating high school, he joined the Arizona Army National Guard and concurrently began studying at International Baptist College and Seminary.

After two years at IBCS, God led Matt to Arizona State University to get his bachelor’s degree in Electrical Engineering. Since graduating from ASU in 2016, Matt has worked as an electrical engineer in new product development. Matt is currently working on his M.A. in Ministry at IBCS with plans to eventually go to the mission field. Matt came on the staff of Tri-City Baptist Church in June 2020. Pastor Matt and his wife Tanya have three children: Payton, Amelia, and Wyatt.

Ignite, Tri-City’s youth ministry, is a place for teens to learn about God and grow to love Him, make friends, reach out, and have fun! Our focus is on spiritual growth and development of Christ-likeness, not just lots of activity. We are here to assist, not replace, the parents in their teen’s spiritual development. We do this through mentoring young people for ministry by discipling them to become spiritually mature servant-leaders who will fulfill the great commission at home and abroad..

THIS WEEK AT TRI-CITY

To view this week’s church bulletin, please click the link below.

The weekly sermons preached are available in both audio and video formats. They are available live and also archived so that you can access them at your convenience and meditate upon the Word throughout your day and week.

Use the Member Portal to view your giving statement and change your personal information.